SUMMARY OF THE NOVEMBER REGULAR MEETING OF THE POST:

Big thanks to the Wimberley 4-H club for providing a Thanksgiving dinner complete with turkey, dressing, gravy, potatoes, vegetable casseroles, and desserts. What a feast!

We installed new Life Member Mitch McKinney, U.S. Army. You can read more about Mitch on page 4. Mitch is a very accomplished soldier and we are fortunate to have him as a member the Post. Please make him feel welcome!

Highlights of the meeting included:

This year we had great Voice of Democracy (VOD) and Patriot Pen (PP) support from the schools. There were nine VOD entries and 30 PP entries. The VOD winners will be recognized at the January 2017 meeting and the top three PP winners will be recognized at the February meeting. The planning for next year’s contest is in the beginning stages. Kerry Ridgway may be calling on the membership to help him with classroom presentations.

The Lifeline screening folks have rented the Post on November 16th to do health screenings.

Thanks to the Wimberley 4 H Club for our evening meal for the November meeting. It was a great spread and much appreciated by the membership. If you missed the meal – you missed a great time.

Also, thanks to the Fancy Feathers 4-H Club for their donation to the Wounded Warrior program on behalf of the Post. They also presented us with a plaque for our support to their organization.

As we begin to enter the Holiday season, it is important to remember those who are less fortunate. The Post has decided to donate funds to “Gold Santa,” a Wimberley based organization that assists needy families in the area at this time of the year. We will be accepting monetary donations and/or an unwrapped toy at the Post Christmas celebration on December 3rd. The deadline for donations is December 10th.

All four bingo teams are fully staffed. Yeah! We could use a few more “standby” bingo helpers to fill in when a team member might be absent. This is the perfect position for a member who wants to help but can’t commit to one Friday every month. If you can help, please contact Larry Merkin, 512-847-2949.

We have money in the 2017 budget to do more improvements for the post. Anyone who has ideas – please contact Mike Wilmore (mikewilmore@me.com) so we can add to the list.

FROM THE SERVICE OFFICER

Vietnam Era Health Retrospective Observational Study (VE-HEROeS). This fall, the VA is beginning a nationwide study to assess the current health and well-being of Vietnam Veterans (including those who served elsewhere during the Vietnam era 1961-1975). VE-HEROeS will also compare the health of these Veterans to similarly aged U.S. residents who never served in the military. The VA will invite approximately 43,000 Vietnam Era Veterans and approximately 11,000 members of the general population to participate in VE-HEROeS. For more information see: http://www.publichealth.va.gov/epidemiology/studies/heroes/index.asp

The Post will hold a Christmas Party on Saturday, December 3rd, at the VFW Hall from 1500 to 1800. This will include dinner for each Post member and one guest. Tickets will be available for additional guests (children, additional friends etc.) at nominal cost (TBD). Members are also urged to bring an unwrapped toy to be donated to Wimberley Gold Santa, individual monetary contributions to Gold Santa are also welcome. If you plan to attend, please RSVP via email to adjutant@texasvfw.net not later than November 25th. For more information, see Laura Fergeson or Larry Merkin.

New Post member Mitch McKinney was born in Austin and grew up in Odessa where he played football for the Permian Panthers (“MOJO” of Friday Night Lights fame). After a year of college at the University of Texas at Austin, Mitch began working construction in the Austin area.

With the downturn of the economy, Mitch joined the U.S. Army. After basic training, Mitch married Uleta Campbell and she accompanied him on his first assignment in Hawaii.   During his tour with the 25th Infantry Division, Mitch earned the Expert Infantryman’s Badge, Air Assault Badge, Airborne wings and his Ranger Tab. Both of Mitch and Uleta’s daughters were born in Hawaii.

With his promotion to Sergeant, Mitch transitioned to Aviation as an Aeroscout Observer in the OH-58A Kiowa helicopter, and was assigned to the 82nd Airborne Division at Fort Bragg, NC. There he earned his Aircrew Member badge and a promotion to Staff Sergeant. Mitch then attended Officer Candidate School where he was the Honor Graduate. As a newly minted Second Lieutenant, Mitch served an unaccompanied tour with the 2nd Infantry Division in the Republic of Korea. Mitch next served with the 4th Infantry Division at Fort Hood, TX and then attended his Captain’s Career Course. Upon graduation as the Distinguished Honor Graduate (looks like a pattern here). Mitch assumed command of the Signal Detachment of the 75th Ranger Regiment.

After the tragic events of 9-11-01, Mitch deployed on his first combat tour with the Rangers in Afghanistan. His next combat tour was as Commander of the th Signal Company during the invasion of Iraq from 2003-2004. Mitch’s next combat tour was in 2005 as part of the G6, XVIII Airborne Corps, followed by a final combat tour as the S6 (Communications Officer) for the 2nd Brigade Combat Team, 82nd Airborne Division. Mitch spent almost 3 years in Iraq and Afghanistan before he retired as a Major in 2008.

After retirement, Mitch earned his MBA from the University of Texas at Austin and now works in Cyber Security as the founder of Ametsec Inc. Mitch is very grateful for the sacrifices made by his family during all of his training and combat deployments.

Halloween on the Square was a success. Thank you to Mary Jane Tatum, Jaci Kroupa, Chasadiy King and Lanie Loveless-Wood, and Julie Reinecke for working the Trick or Treat booth on the Square with me.

Buddy Poppy’s were handed out at Brookshire’s and Ace Hardware on November 5th. Thank you to Jacki Kroupa, Linae Loveless-Wood, Jenny Bravo and Sandy Pellerin.

November 11 – Veterans Day is Fast approaching, hope to see you at the Wimberley High School Gym at 9:30 am for the ceremony. Following the Ceremony there will be an open house at the Post. With coffee and cake served.

Regular Meeting of the Post and Auxiliary – December 1st, 1800

Regular Meeting of the Post and Auxiliary – January 5th, 1800 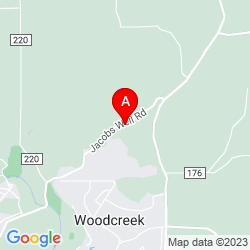 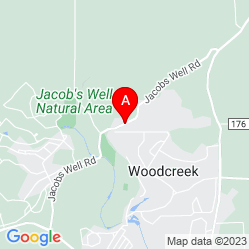